About the Author: Antony is the Chief of Student Outreach at PHS and is currently working on launching the PHS podcast. 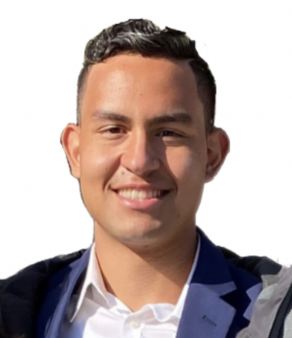 It emerges as a whisper. It festers in the nooks and crannies of social media and waits. As fear lingers, the whisper grows louder and seeps its way into vulnerable ears. Vulnerable ears excite doubtful minds and plant the seeds of the lie. The lie bounces from one host to another seeking one whose voice projects the loudest or whose fears have overcome all reason. Eventually, the lie becomes a big lie. A big lie that if repeated enough times and to the right people, starts to become the truth. Where the lie started, no one knows. It had no beginning, just an end goal. The big lie empowers its believers and terrifies whatever remains of the truthseekers. Those that protect the big lie hold the keys to chaos, but once unleashed their weapon no longer belongs to them. For they tried to control something they never understood. The big lie then looks for another fearful mind with a vulnerable ear.

What lie could be so perfectly sadistic that it remains undetected for so long? What if I told you that such a lie doesn’t go undetected, rather it fades into the background noise of everyday life and slowly mixes itself in with the truth. Misinformation starts with ridiculous reasoning and casts a wide net. In between ordinary facts, scandalous lies are sprinkled in and watered down with redundancy. For those inspired by the “truth” they tune in, for those opposed to it they tune out. As one group feeds upon the big lie, the other lulls itself to sleep. Inaction allows the big lie to swell with momentum. Momentum makes the big lie indistinguishable from the truth. The truth then ceases to exist.

During the COVID-19 Pandemic, anyone or anything has had the potential of being believed. Not everything will be believed, but given that some people still question the necessity of wearing face masks, the statement that anything can be believed is alive and well in today’s world.

As the reader you must be asking yourself: What can I do about this? My answer is simple. We are not helpless. We are inquisitive and in search of honest answers to real problems. As members of the Pre-Health Shadowing community, we know what it’s like to overcome the barriers placed in front of us during this pandemic. In-person shadowing ended so we began virtual shadowing. When volunteer opportunities vanished we brought those back as well. Our voices were never taken from us, they are just in need of a stage from which they can be heard. With this in mind, Pre-Health Shadowing is creating its own student-run podcast. Students from across the United States and across the world are uniting with one goal in mind: spreading the truth. We cannot afford to passively complain about inadequate media coverage. The media provides information, but never has it been able to do the thinking for us. Now is the time to take ownership of what we learn. On behalf of the Pre-Health Shadowing Podcast Team, I invite you to join us on this journey. More information will soon be available on the Pre-Health Shadowing website.